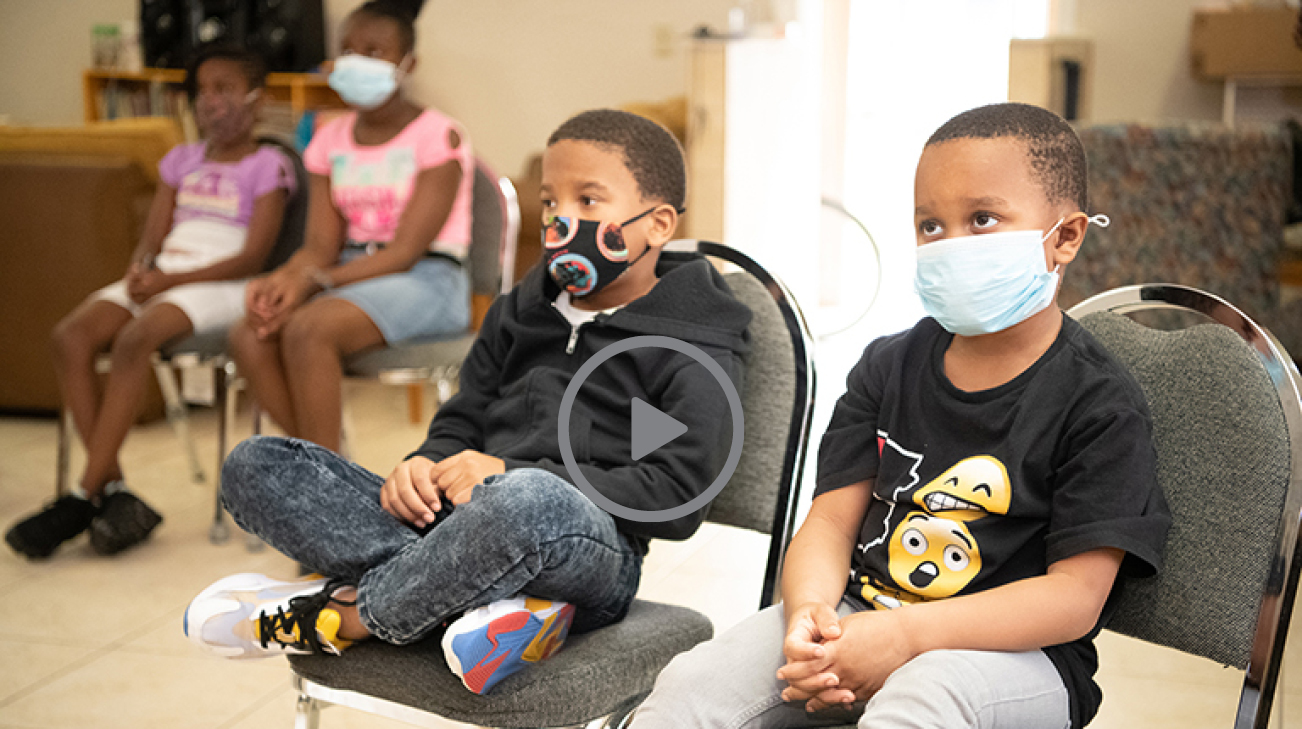 Young people at Finding the Lost Sheep Ministry took an interactive journey through the world of music with HAPCO Clinician Ricky Jackson at our Echoes Throughout Time class.

Echoes Throughout Time helps students understand the origins of music genres as well as music’s effects on society at large and them personally.

They learn how to discern forms of songs, different styles of poetry/song writing as well as literary functions used in music. They also collectively compose music that they present at the Finale Performance.

The program develops their understanding of culture, the way music has influenced history in our culture in the past and how it’s connected to and influences the present.

Students will learn general music concepts including rhythm, time/beat, harmony and melody. They learn the effects that music has on the human body, mind and other mediums in nature and how that effects their environment and health.

It provides a general overview of music as it pertains to history’s effects on modern society and genre impact and relevance on culture, increasing student self-esteem and self-awareness.

For over 10 years, he has taught youth and in-service learning programs while working in the music industry as an engineer, performer and producer. He graduated from the Florida International University in 2007.

Finding the Lost Sheep Ministry seeks to minister to the lost souls in the communities where criminal activity is at its highest. Located in Winter Garden, Florida, the non-profit’s mission is to find, to feed, and to be a light to God’s lost sheep.